Here’s what it prompts: 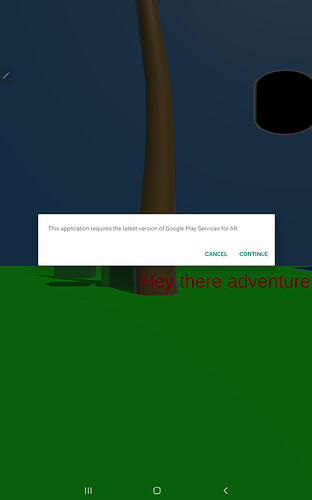 Hi Dani,
May I know what version of ARDK and Unity you’re running?

Here is a guide that will walk you through getting around this issue.
https://lightship.dev/docs/building_android.html

If you’re running Unity 2020.3 (which is the official version for ARDK 1.2) you can skip the first part and start on the section titled “Building for Android 11 (API level 30) and Higher”.

A few thing to note:

@Dani_Feng @Jesus_Hernandez additional Info: depending on the Unity version you should also see the option I marked in the screenshot to allow directly settings custom Manifest files, without relying on the Temp folder. JFYI - and maybe also as an update for the docs 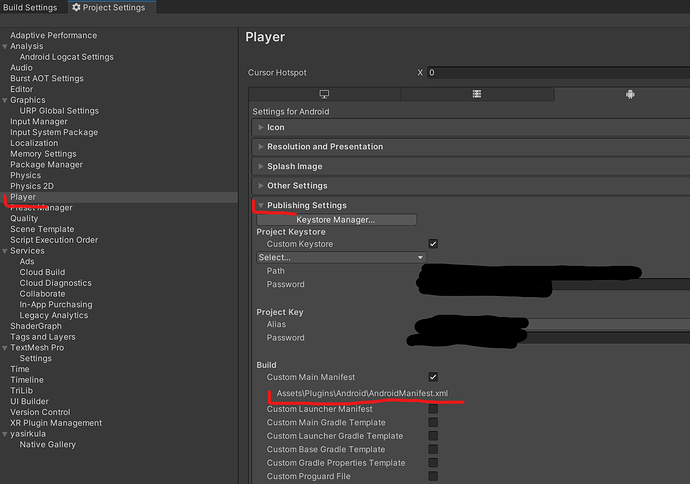 @FGR Thanks for the tip! I was able to do this with both Unity 2020 and 2021. This simplifies the process greatly as there is no need to make the initial build to generate the AndroidManifiest.xml file, or to create the Plugins/Android folder. The only thing needed with the option enabled is to add the tag to the AndroidManifest.xml file that’s created when the option is enabled: