Ive managed to narrow this down to the Image Detection scene, as other AR scenes do not seem to have this issue. When looking in Xcode memory profiler we can see everytime the Image detection scene is loaded it adds around 200mb into memory that is never released. 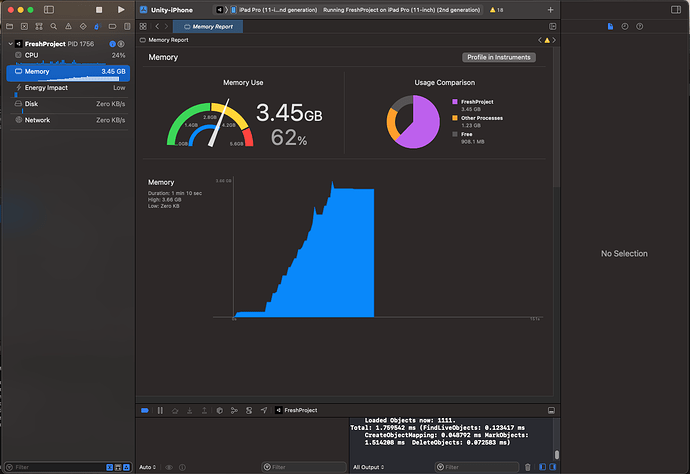 This image is a result of me following the above steps

I have tried to do my due diligence regarding this issue and have not found other posts in discord or this forum (apart from one that was never resolved), so my apologies if this a mistake on my end.

Thanks for taking your time to look into this and I appreciate any discourse.

There shouldn’t be any extra steps necessary for entering and exiting the Image Detection sample scene. Thank you for informing us of this – I’ve filed a report to notify the team of this issue.

i face the same issue is it fixed?

Hello @francis – we’re planning on addressing this issue in a future ARDK release.