However in the same project I create the scene call SharedAR
and follow the steps of Shared AR Session & Plane Tracking,
I got the second app and it always give me the black screen.

I use the same setting in this project and the first app works well so I don’t think the problem is camera setting or Android setting. 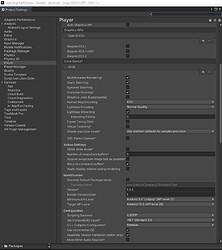 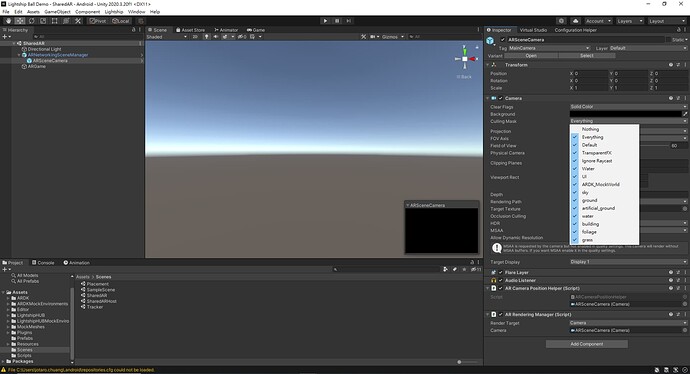 If anybody knows how to solve it please tell me, thanks.

actually I also faced this problem.

However, after tapping on the screen for a while, scanning the room, it will show the camera already.

did you attach the android permission?

Hello Peng_Han_Kum
It’s a good question.
when I open the app , the system didn’t ask me the permission of camera.
So I am going to the setting to give the camera permission to both app.
If you need any infomation about question, please let me know, thanks.

for more info, look up in the niantic forums or documentation for the android deployment.

Did you open up playing settings to configure it?

i followed ‘the basics’ tutorial for my IOS device, no issue.
however, i followed the shared AR and plane tracking tutorial, when i tapped on my phone it shows nothing.

so not sure how to solve this too