Description of the issue:
In the tutorial Building with VPS, there are several issues.

First issue
In the SaveLocalReference() function, wayspotAnchors does not contain ‘Select’ and it gives me an error. However in Tricia’s video, Select is found and she has no error.

Second issue
The type or namespace name ‘Serializable’ could not be found and gave me an error. However in Tricia’s video, She has no problem with Serializable.

I am unable to instantiate mushrooms in the environment.

I have no idea where the problem lies now, hope someone can help me.

Thank you for identifying and reporting the issues you found with the Building with VPS tutorial. We have been able to identify and reproduce the errors on our end, and we’ve informed the team of the issues.

…as this method contains the application’s location service and wayspot anchor service initialization.

As for the pink material floor plane, can you navigate to the PlanePrefab asset, double-click it to open it up and ensure the Plane child GameObject’s material is using the Unlit/PlanefindingGrid shader? 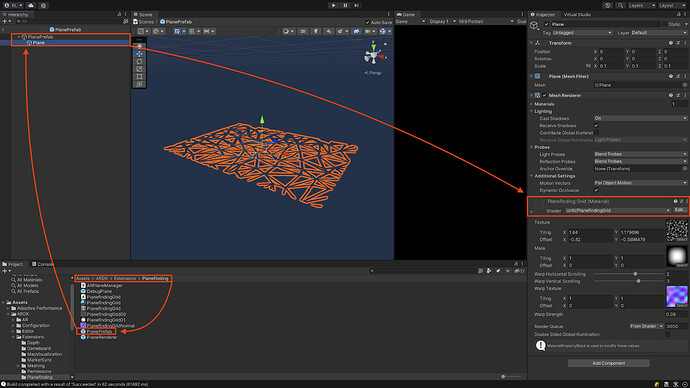 Thank you again for reporting the issues you found, and let us know if you have additional questions.

3 Likes
ARGameLogic: Tutorial script issues - Others have same problem with this tutorial
BBIT-Solutions May 31, 2022, 6:46pm #3

For the PlaneFindingGrid: I also had the problem, that it was pink in my (non URP) project.
Fixed it by creating a new Shader for it, with these settings. 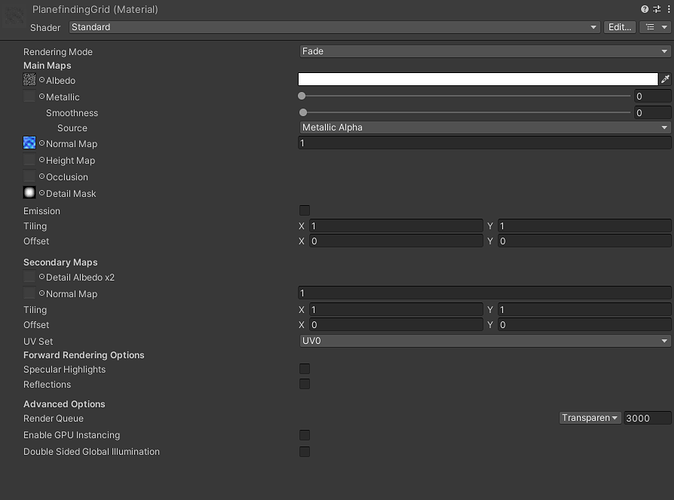 I found the plane finding " **PlanefindingGrid" shader was broken for my system (not sure why)
But if you comment out line 25 //#pragma exclude_renderers d3d11
it should work.

thanks though I love lightship
But yes hope this tutorial gets fixed as I really want to play with it!!

I have the same problem wit that script.

ARGameLogic: Tutorial script issues - Others have same problem with this tutorial I'm Stuck