Description of the issue:
Hey all! I’m trying to get a duplicate of my AR view so i can cast it to another screen. At first this seemed to be simple by setting up a normal AR camera and outputting to a render texture that i can rotate on a screen (since most tv’s don’t support this by default). When i do this however i don’t get the occlusion to display correctly, just the camera feed and the 3D objects on top of that.

My question is, is this intended behaviour?

Hi Merijn, this sounds like the expected behavior for Depth Occlusion but maybe I’m not understanding your use case correctly. Can you give us a bit more background about what this project is trying to do?

So what i’m trying to do is the following:

This all works but i need to rotate my camera feed 90 degrees so it displays in portrait mode even on screens that don’t support this natively (which is most of them) and also i need to show different UI elements on this screen, the operator will have some debugging tools on the ipad but the person being photographed only has to see a countdown. 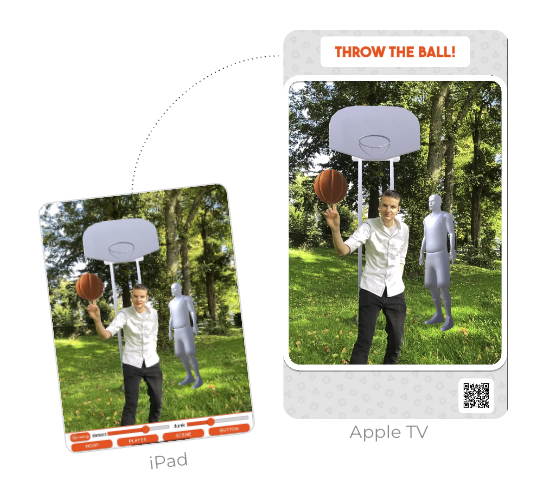 Here’s a visual of what i’m trying to achieve.
It all works already with the exception of occlusion of AR objects, they get displayed in full regardless of depth manager options.