How to scan and localize buildings using VPS?

I am trying to make an app in which users can scan properties (buildings) in order to purchase them in game (monopoly style). But so far I have been unable to localize any building when trying to scan it from the front. Is it currently possible to do this with VPS or is it limited to small 3d objects?

Hi. There are several different things you are describing here, so I’m not sure what you’re trying to do.

My problem is the 1st of the two points you described. I use the way farer app to scan the front face of buildings and/or walls but most of the time when I try to localize it with VPS later (after it is processed on the dashboard), localization fails. Here is an image of a 3d mesh I tried it on:- 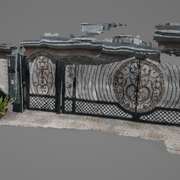 Image b hosted in ImgBB

It’s a wall along with a gate. It has a unique design too.

Does it localize when you click the TEST VPS button in the Wayfarer app? If yes, then your scan is just fine and you should be checking your app’s implementation.

Ah, I’ll check it with the wayfarer app and see. Thanks for your help!

Hello @Muhammad_Usman – @Manos_Tsotros is correct in that you’ll want to establish one section of the building to scan for initial localization of your experience, and this section should have distinct features to ensure ease of localization.

Additionally, it’s recommended that you select the best private scan to keep for a given private scan location and remove the others in order to be sure which scan you are localizing against. Please note that this advice is only for private scan locations as public wayspots can support multiple, aligned scanned meshes for a more robust localization experience.